The main reasons for using Blockchain technology is to provide a Secure, Immutable and Scalable distributed consensus system that no central organization owns or controls.

The invention of the open public immutable Bitcoin Blockchain in 2008 by Satoshi Nakamoto, was solving an over 35 years old computer-science problem, first described in 1982 in the paper “The Byzantine Generals Problem” by Leslie Lamport, Robert Shostak and Marshall Pease.

The invention of Bitcoin Blockchain was a historic moment, created by some of the smartest minds on earth.

Ethereum was born out of frustration by an 18 year old university drop-out named Vitalik Buterin, after he did not get traction in the Bitcoin community for his idea to include a more advanced scripting language in Bitcoin.

The argument from the Bitcoin community at the time was that a more advanced scripting language would introduce an exponential amount of security risks in the blockchain system, luckily something very few people were prepared to risk. In 2014 Vitalik released his own white paper proposing Ethereum, “Ethereum intends to provide a blockchain with a built-in fully fledged Turing-complete programming language.”

Ethereum went live on 30 July 2015 and got very good traction and quickly built up a big developer community due to its easily available development platform and its relatively simple programming language. Any “JavaScript kid” was now able to write “smart contracts” in the Ethereum blockchain.

Just like the Bitcoin community had feared, Ethereum’s “fully fledged Turing-complete programming language” did introduce an exponential amount of security risks, that were encountered not only by inexperienced Ethereum programmers, but also by some of the more experienced Ethereum core developers.

The creation of Ethereum proved that Vitalik and his development team did not fully understood that Bitcoin already is Touring Complete from day one.

They actually created a regression of Bitcoin by removing Scalability, Immutability and Security.

Let us evaluate Ethereum’s track record and projected future in that sense: 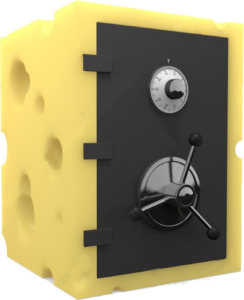 Here is a list of only the most known and proven security issues in Ethereum:

– June 2016: The DAO hack; 3.6 million ETH stolen, worth $70 million due to a bug/feature in the Ethereum smart contract. Enabling the attacker to unhindered drain the DAO’s funds.
https://medium.com/swlh/the-story-of-the-dao-its-history-and-consequences-71e6a8a551ee

– July 2017: The MultiSig Exploit-Hacker (MEH); 150,000 ETH stolen, worth $30million due to a vulnerability in the Parity 1.5 client’s MultiSig wallet contract. The attacker was able to drain the victim’s funds.
https://www.parity.io/the-multi-sig-hack-a-postmortem/

– November 2017: Parity MultiSig Library Self-Destruct; lost 513,774.16 ETH, worth $300 million has been lost after a series of bugs in a popular digital wallet service led to one curious developer accidentally taking control of the funds and then locking them up.
https://www.theguardian.com/technology/2017/nov/08/cryptocurrency-300m-dollars-stolen-bug-ether

– January 2019: Urgent fork Abort due to “Reentrancy Attack”; the planned hard-fork Constantinople (change to hybrid POW/POS consensus mechanism) urgently aborted on the day it was planned to be activated due to security vulnerabilities called “reentrancy attack” was found. A “chain split” did occur on the date due to some miners still started mining the new unofficial Constantinople chain without consensus from the majority of the network.
https://bitcoinexchangeguide.com/security-vulnerability-delays-ethereums-constantinople-hard-fork/

– January 2019: 51% attack on the Ethereum Classic (ETC) network, resulting in multiple double spendings to a value of at least $1.1 million.
https://breakermag.com/the-ethereum-classic-51-attack-is-the-height-of-crypto-irony/

According to one article from February 2018, 3,000 known security vulnerabilities existed in smart contracts at that time. In total, these contracts had a value of $6 million. Additionally, other security issues like tradeTrap(mixed with vulnerable implementation) have been known to impact hundreds of tokens, many of which are listed on major cryptocurrency exchanges.

Ethereum is demonstrably as secure as a Swiss Cheese Safe!

– June 2016: The Roll-Back; due to the DAO hack a part of the Ethereum community decided to do a roll-back of the drained transactions to retrieve the lost funds. This proves that Ethereum is not immutable. The roll-back also created a split fork into two versions of Ethereum, ETH and ETC, due to community disagreements.
https://www.coindesk.com/ethereum-executes-blockchain-hard-fork-return-dao-investor-funds

Ethereum proven not to be immutable!

– September 2018: The Ethereum build in “Difficulty Bomb”/“Ice Age”; a self-destructing function used to dis-incentivize Ethereum miners. It is designed to force the Ethereum community to transfer from Proof-of-work to Proof-of-Stake consensus algorithm. Making Ethereum mining more and more difficult/less profitable over time as well as killing the network security and performance.
https://www.cryptocompare.com/coins/guides/what-is-the-ethereum-ice-age/

– 15 transaction per second
In its current state, the Ethereum network can process a maximum of 15 transactions per second (TPS). A figure proven inadequate by the burden of decentralized apps like CryptoKitties, which tested the limits of the network last December, renewing the focus on developing scaling technologies.
Vitalik Buterin has mentioned that a goal of TPS in the “low millions” is reasonable. This means that Ethereum will have to scale at least one million times, which seems highly unlikely with the current issues described on this page.
https://bravenewcoin.com/insights/vitalik-ethereum-en-route-to-a-million-transactions-per-second

ETHEREUM 2.0 – CONSTANTINOPLE
Constantinople, initially planned to go live in 2018, is supposed to solve the Ethereum scalability problems by merging and improving upon research from two older specifications: “Casper,” which introduces a Proof-of-Stake consensus mechanism, and “sharding”, which introduces the splitting of transactions across a number of “shards” or “child blockchains”. These child blockchains will become less secure and prune for 51% attack due to their smaller size.
Unfortunately the latest planned go-live in January 2019 was urgently aborted on the day it was planned to be activated due to security vulnerabilities called “reentrancy attack”.

HIGH TRANSACTION FEES / GAS PRICES
The Ethereum network has experienced congestion leading to the soaring of Gas prices, on some occasions skyrocketing more than five times.
It’s not the first time the platform is experiencing this; challenges of poor scalability have been indicated for a long time.
https://xbt.net/blog/ethereum-blog/ethereum-eth-network-experiences-congestions-as-gas-price-rises/

SHIFTING TO PoS “COULD TAKE YEARS TO COMPELTE”
Coinfloor is delisting ether reportedly because of the unclear future of hard forks and technical support required. Ethereum plans to launch version 2.0 of its platform in 2020, which will begin the process of shifting the network away from the proof-of-work consensus mechanism to proof-of-stake. Ethereum’s platform upgrade “could take years to complete,” and the complexity of the operation “means for a period of time there could be two versions of ethereum running.” 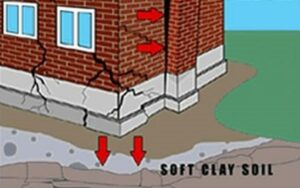 The report “The State of Ethereum 2.0” analyses a number of important issues in regards of the new Ethereum 2.0 version.  Here are some of the highlighted issues:

– Implementation Teams are Committed, But Funding as a Concern.
The implementation teams are not immune to market realities. If funding dries up (ea. from Ethereum Foundation, ConsenSys or Status) then there is a possibility that teams will be forced to leave the Ethereum project and find other employment.

– The Spec Continues To Churn, But It’s Getting Better.
The Ethereum 2.0 spec has experienced a high level of churn over the past year. The spec has “entirely changed since the middle of last year” and continues to undergo regular “surgery” as issues are found and ironed out by the research team. This has forced implementation teams to redo large swathes of work as the spec shifts under them; leading to frustration, wasted time, and in some cases a reduction of resources allocated to Ethereum 2.0 projects until the spec stabilizes.

– The Definition Of Done Varies From Team To Team.
It is unlikely that day one of the testnet will support inter-node peering because the peer protocol specification has not been fully accepted yet. Some teams have inter-node operability as a specific goal of the testnet launch, others do not. As a result, it is difficult to say with clarity what the actual deliverable will consist of.
Things become increasingly hazy past the testnet. None of the teams were able to estimate when Phase 2 – that is, the complete Ethereum 2.0 specification including cross-shard operations and EVM – would be mainnet-ready. Since some teams received grant money for the beacon chain specifically, it is likely that implementation teams will need additional funding to complete the spec.

– Implementation Teams Do Not Push Back Against Researchers.
Implementers either feel unqualified to push back, or they feel like the chances of successfully pushing back are too low to warrant doing so.  These feelings are reinforced by how the research team describes the changes they have inserted into the spec: changes are usually described “clearly better” and “hard to push back against” given the qualifications of the people proposing the changes.

– There Is No Ethereum 2.0 Lead.
From an organizational perspective, no single person is responsible or accountable for making sure that Ethereum 2.0 lands and lands in a way that matters to the Ethereum community at large.

– What Comes After Ethereum 2.0 Is Unclear For Implementers.
Many teams expressed concerns around what comes next for their respective businesses after successfully delivering Ethereum 2.0.

– Ethereum 2.0’s Narrative Is Controlled By People Outside The R&D Process.
The current tools and contracts we’ve written for ETH1.X will likely need to be completely redesigned and rewritten for ETH2.0.

We don’t know what to expect from Phase 2 [Beyond eWASM, EVM2, and storage rent]. It’s still in very early stages of research and includes several major unsolved problems. Given the informal specification and development process, as well as Phase 2’s expanded scope over Phase 1, it doesn’t seem reasonable to suggest that Phase 2 could launch before 2020. Which is to say, while ETH2.0 may launch this year, don’t expect ETH2.0 to support asset transfer or smart contracts until at least 2020.

We have very little information about ETH2.0’s communication model. We know that it can’t provide cross-shard contract calls without sacrificing almost all scaling benefits.  A non-obvious consequence of this is that ETH2.0 will not provide significant scaling benefits to complex smart contract systems until Phase 4. Until then, contracts wishing to interact with other contracts must cohabitate a shard and are limited to the speed and scale of that shard.

Given what we know after talking to both the research team and the implementation teams, it’s clear that delivery of an Ethereum 2.0 implementation with real utility to dApp developers is not feasible for at least another year and a half.

Furthermore, for the later phases of Ethereum 2.0’s rollout it is possible that new research will invalidate or otherwise reshape the roadmap profoundly. It is unclear to us whether or not the Ethereum community at large is aware of this. A gap between what the community expects and what is actually delivered could hurt implementation efforts substantially by reinforcing the narrative that Ethereum will not be able to scale and cause new developers to begin exploring other blockchains.

↑What is MoneyButton?↑
Enable it in Safari & IOS
Page load link
Go to Top